I realize I had attended the AUSA conference with the intention of documenting the exhibit halls. Despite the near over saturation of media at the event, last years pics were some of the most popular posted on this website.

This year, however, I escorted two guests through the event during my attendance. Granted this isn’t the sole reason for the utter lack of pictures but it was an influencing one. Neither of my guests were professional end-users so they were brimming with questions about all the various pieces of equipment on display. I was more than happy to answer their questions and engage sales teams but it was all very preoccupying.

The dominating reason as to why I didn’t get any pictures is I spent most of the conference networking on my own behalf. So much so that I missed the Special Operations forum which I most definitely wanted to sit in on, if only to hear Pyatt’s inane speech.

For me, as a professional, it was very productive. I made a lot of good connections. Unfortunately while I profited in one area the coverage for the Inferno suffered greatly. To anyone who was looking forward to any semblance of AUSA coverage, I don’t meant to disappoint.

Onto the show itself, it was predictably an amazing display although I hear DSEI is much more impressive. My complaints from last year about a lack of security had been entirely addressed with random bag searches and a wide spread of bomb dogs through out the event.

One of the most impressive displays was Bell’s Valor VTOL aircraft, it came complete with a scale model and a full mock up which you could climb inside of. 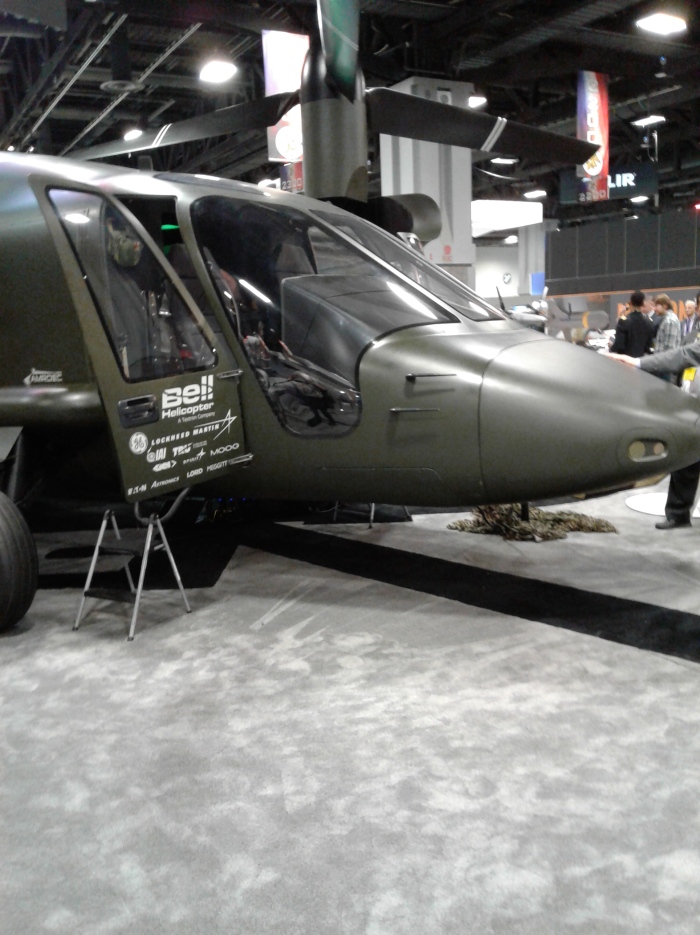 One of the project leads present for their VTOL project was from AFSOC and he certainly instilled a sense of confidence Bell was going in the right direction. They are currently conducting ground runs right now with a 2018 estimated inaugural flight.

While there was a lot of touch screen and “Augmented Reality” in the cockpit conceptualization the AFSOC manager assured us this is most certainly not anywhere close to the final product in terms of composition. He had theorized that the touchscreen component would be minimized to a smaller console and the wide screen monitor would be broken up into multiple displays to mitigate the effects of battle damage.

While the aforementioned changes to the cockpit may seem logical and obvious, as a ground guy I had no clue if a single large monitor was practical or not. My experience with rotary wing aircraft does not stray far outside of air assault operations and being shuttled between provinces.

For better or for worse, it seemed like I couldn’t go far with out running into some sort of simulator, if to test the ergonomics of a prototype weapon or for an actual replacement to real firearms training. I’ve first hand experience with some earlier compressed air and laser trainers in the military and have been tempered with skepticism over the obsession with the notion of saving money on ammo by adopting a laser trianer.

Whether or not the Companies designing these training aids are marketing them in that way is a moot point, it’s how the government will undoubtedly view it and employ them. I could see these as a great supplement to “Sergeant’s time” or any pocket training that has a training budget of next to zero. I don’t see this as ever being analogous to real firearms usage.

Over at the NAMMO booth they had their infamous stackable grenades on display. I’ve found out they make half charges along with their full size charges (shown). There’s currently no variance in sleeves or explosives used. I asked if you can change out the fuzes to make an impact grenade and they said yes if you order it with said specificity. Apparently by default the fuzes come pre-installed and removing them is some matter of difficulty.  The manager I was talking to admitted that the stackable grenades have seen significant combat usage which I found interesting. 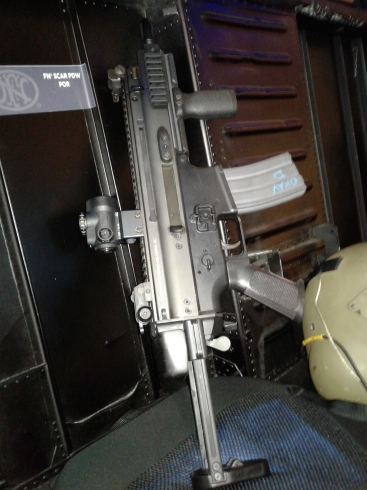 FNA still has the SCAR PDW kicking around. I suggested they sell them to the US civilian market.

In summarization: I think it was a great event. I’m always thankful to be able to attend events where so much experience and technology is gathered in one place. The mood of the sales teams I talked to were largely positive. I was snubbed by a few major companies but that’s alright. In general the opinion seemed to be that this is far better than SHOTSHOW. Reason being that it is, for whatever reason, easy to get into SHOTSHOW and Vegas offers an attractive tourist destination already. Being able to almost exclusively share the show with end-user professionals, purchasing agents and engineers allowed the conference to maintain a professional bearing that isn’t exactly available with SHOT.

I hope this commentary proved helpful.

One thought on “Admin post: Dude where’s my AUSA pics?”