If you are like me, you find yourself missing the ability to carry a knife while at the gym in nothing but ranger panties and a mesh tank top. If this is the case, neck knives are one of the only options for you. Emerson has licensed arguably one of Fred Perrin’s most famous designs to sell under his company’s name.

There are a few major differences between Fred Perrin’s original design and Emerson’s licensed model.  The steel used is 154cm, as with all Emerson production knives, instead of Sandvik 12C27. The blade of the knife is curved on the Emerson model instead of straight. The Emerson model also offers a black oxide finish, whereas I’ve only seen Fred Perrin knives offered in satin. 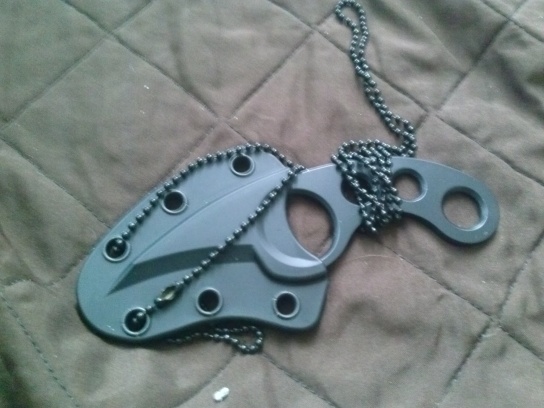 The knife itself comes with a small sheath with a break chain as well as the usual branded cardboard box and fold out advertisement.

UPDATE 30SEP16: The break chain is horrible. Replace this immediately with a higher quality one. I’m a little frustrated they would include something so cheap like this. 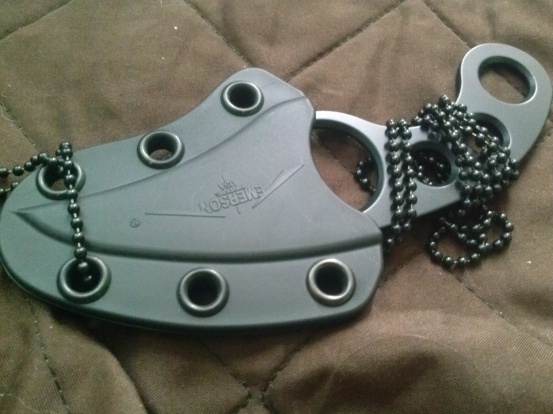 On the other side of the sheath the Emerson logo is boldly branded into the plastic. For people who care what brand this is this may be a plus, I find logos this big to be a bit garish.  You’ll notice that the fasteners for the sheath came out of the package with their finished mostly worn off.

Despite the branding efforts I appreciate the fact that the finger hole hasn’t been completely covered up. The ability to index your finger can be seen as a reliable way to initiate a draw stroke from the sheath.

The break chain hangs quite low. When left dangling it will settle around my belly button. I’d venture to say this makes it easier to access from underneath the shirt but if this is problematic for you, you may need to prepare to use or acquire an alternate chain.

I’ll also add that this knife will flip from one side to another from time to time, allowing for a left or right hand draw. Taking the time to ensure you are dressed to your hand of preference is encouraged. It would be terrible to need it in an emergent situation amd find yourself fumbling for a proper grip. 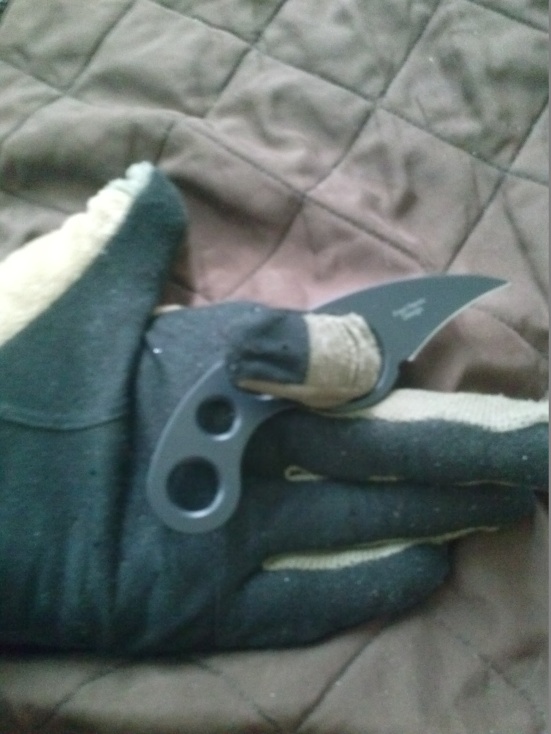 The finger hole provides a great deal of retention, making this knife far more viable than it should be for its size. As pictured you can see it barely makes its way half way across my palm. 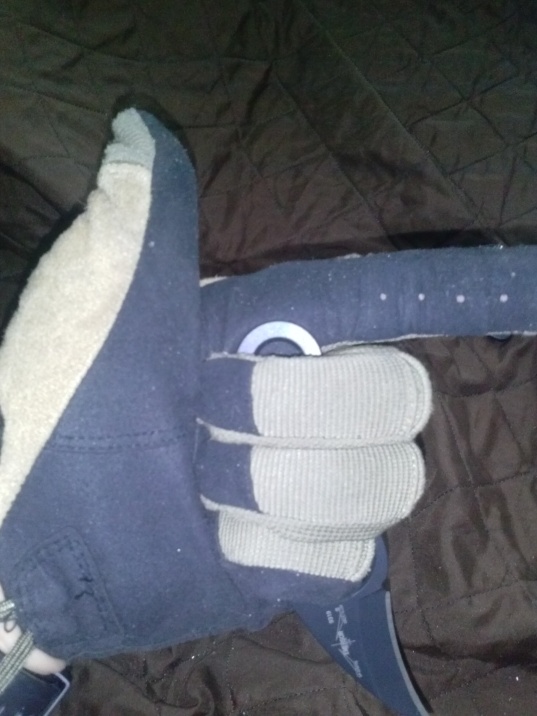 Due to the aggressive grip, it’s not conducive to reverse the blade for pull cuts. The ice pick grip does work however. 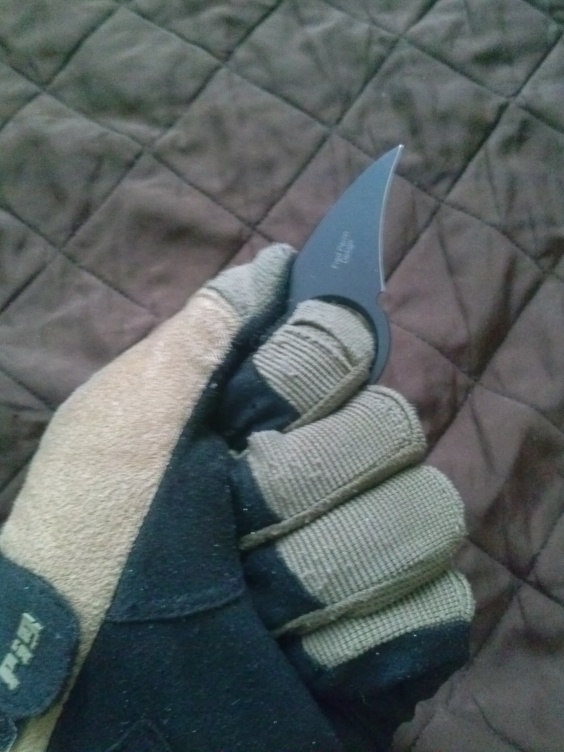 The thumb sits on the spine of the blade to aid in pressure. The back of the chisel ground blade is labeled with Fred Perrin’s name so you are aware of who actually designed the knife. 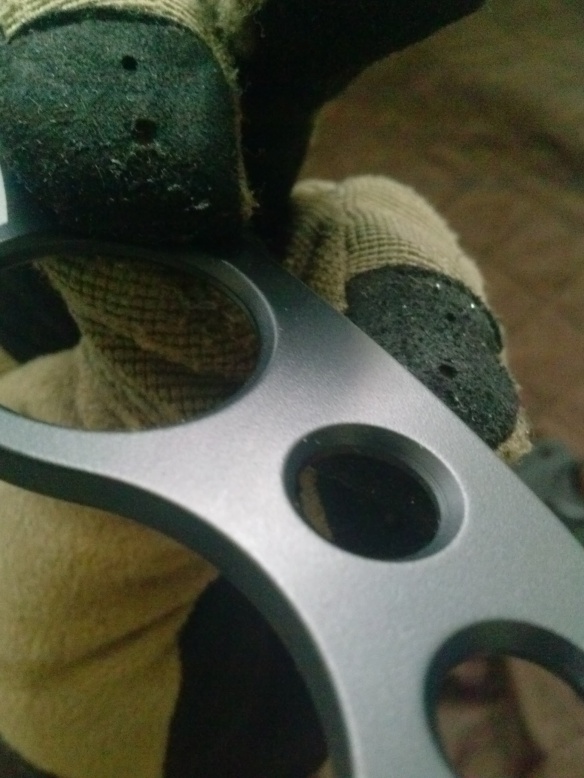 The lightening holes are smooth and convex, not simple cut-throughs, which may lend to a nice feeling in the hand when ungloved. 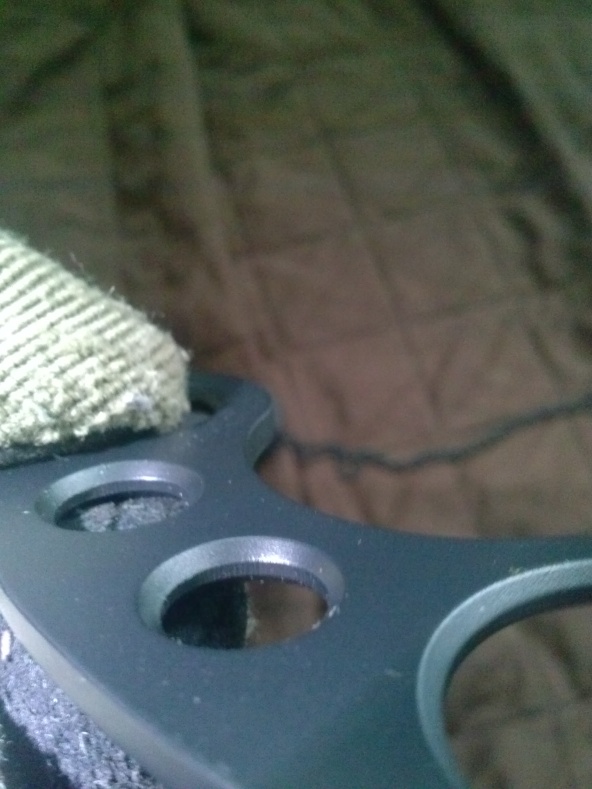 The blade itself is thin enough to be carried in a wide variety of ways, as advertised by the Emerson website.

The MSRP for these knives are $110 but can be regularly found for 99$ or less.

There are a few US companies that make neck knives influenced by Fred Perrin. If you care where your knife is made this is definitely an option.