This short review will be dedicated to what I saw and experienced as a combat veteran while playing Brothers in Arms: Hell’s Highway. I want to keep these reviews short and to the point. I will focus on aspects of the game that are relevant to this blog. I won’t be discussing its optimization or whether it’s locked at 30fps unless it’s a glaring fault. I will be focusing on weapons, combat and whether or not there’s any redeeming value in playing it as an end user professional who might want a game that is both entertaining and offering some recurrent training on strategy or tactics, however rudimentary.

I’d also like to note despite not taking a picture of it: the M1 Garand is reloadable mid-clip simply by inserting a whole enbloc into it. Fire one round, hit reload and your character will insert a fresh enbloc. This is a beyond ridiculous mistake, especially when games made years and years before this one got it right.

The M1A1 carbine doesn’t have it’s own spent casings modeled. Instead it ejects full sized 30-06 casings. Again this is incredibly lazy on behalf of the developers, considering the spent casings aren’t even physical objects and simply disappear as they hit the ground. 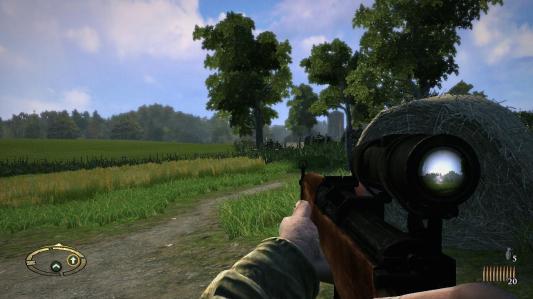 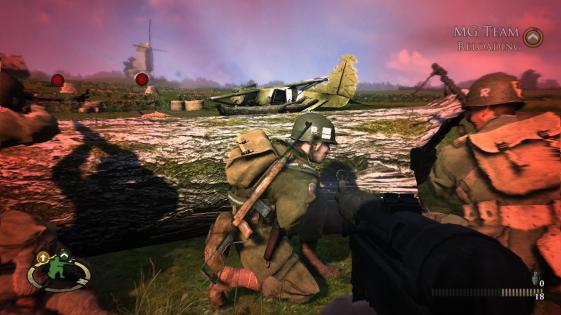 I wanted to point out this game has the usual bloody screen effect that Call of Duty pioneered when you come under effective enemy fire. I may not have done enough combat missions to develop this trait, but when shot at my eyes don’t bleed.

The game is complete with the usual tropes of all the German forces stopping at nothing to commit war crimes. This is only one of many scenes where the Landsers featured in the game are portrayed as blood thirsty villains.

Considering the outcome of Market Garden, it definitely hurts your suspension of disbelief to watch German forces throw all military bearing and tactical awareness to the wind for the sake of murdering and raping.

One of my favorite scenes is where a German NCO directs a Flak36 to direct fire on a priest and then laughs.

Luckily the game doesn’t leave you hanging without an ability to exact sweet and visceral revenge on the rampaging war criminals. The selective historical authenticity doesn’t stop at war crimes but also affects the actual blood and guts in the game. 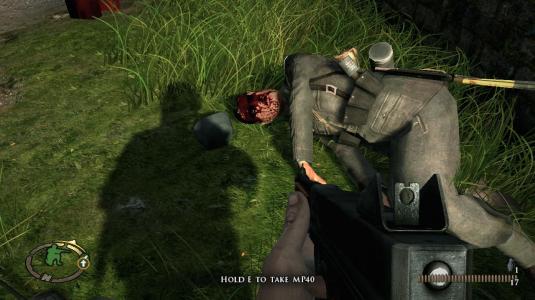 In all its glory, this is what happens to German soldiers who are hit in the head by small arms fire.

Unless it is for dramatic effect in a cutscene, the allied soldiers will not produce any blood or gore what so ever. They are exempt from the grisly reality of war.  I’d also like to note that your squad will literally never run out of ammo ever so controlling rates of fire is not an issue at all. You might as well tell your machine gunner to go cyclic at all times.

This is what an US casualty looks like in this game. This soldier isn’t required to suffer amputation or a ruptured skull. Due to him being the “good guy” he is given a rather dignified death.

To be honest, the fact that the gore is so one sided is rather disturbing to me. 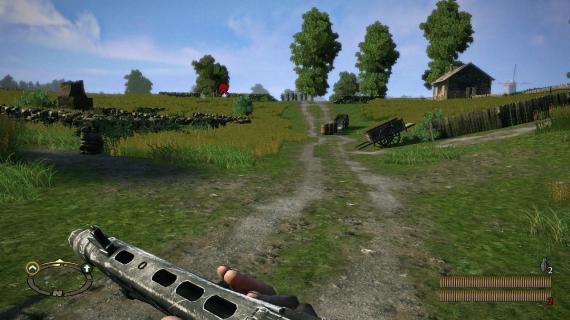 The AI in the game is actually really atrocious and it doesn’t take a whole lot to break the game. This section I was supposed to take cover and ambush the approaching Germans. Instead my squad and I simply stood in the open. 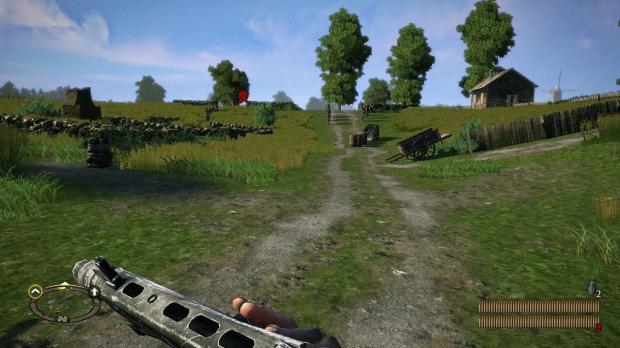 The Germans still haven’t seen the enemy standing 20 meters away in the open. 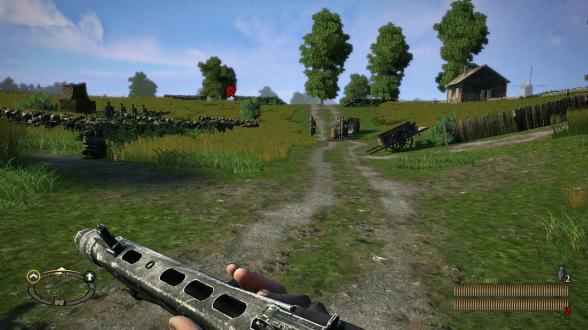 The enemy AI isn’t particularly aggressive or reactive outside of its scripted events. The times that they are reactive their decision making process is pretty stupid.

The enemy will not throw grenades either. Their utter lack of utilization of such a key weapon native to an infantry element again really breaks the suspension of disbelief.

They’ve finally spotted my element. I believe it was all the loud gum chewing.  Before anyone asks – this is repeatable on any difficulty.

I wanted to point this out as this peeves me off to no end. Your character runs, walks, crouches, fires and does everything while aiming down his sights. Any time you catch your shadow you see yourself barreling forwards while aiming down your sights.

Despite being the third installment in the Brothers in Arms series I believe this to be the absolute worst one.  This game very casually tries to depict WWII and does not force or even encourage you to use fireteam tactics. Even on “authentic” difficulty you can do all the flanking by yourself and let your squad become static.

The final nail in the coffin is its forced tutorial which is infuriating, as well as its over the top forced cutscenes. There is no DRM free option at this time either.